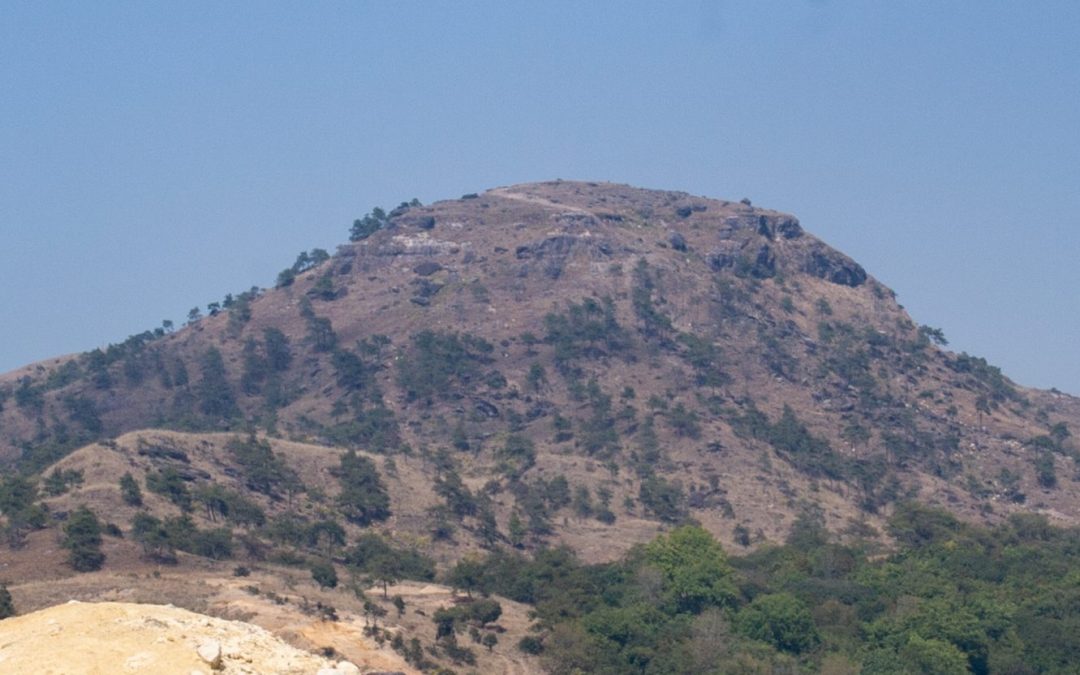 Kyrphei village falls under Mawphlang C&RD Block of East Khasi Hills District in the state of Meghalaya. The village lies at a distance of 18 km from Mawphlang, the block headquarter and 42 km from the state capital Shillong. It falls under Hima Mylliem Syiemship with a total geographical area of 1210.70 hectares and a total population of 734 with 146 households.

The district project management unit (DPMU) of East Khasi Hills District met with Mr. Wilfringson Umdor, the village Secretary  of Kyrphei village, in December 2018 for Ground Truthing. He informed the team regarding the current scenario of the landscape and the natural resource management in the village.

The Assistant Deputy Project Manager (ADPM) of East Khasi Hills, Mr. Pynshngain Rymmai gave a brief introduction on Community Led Landscape Management Project (CLLMP) and its various components. He stressed on the importance of community participation while implementing the project and a few social aspects such as women participation, gender equality, etc.

Signing of documents: The village signed the Expression of Interest (EOI), the Village Grant Agreement (VGA) and Green Charter followed by the selection of candidates for the Village Natural Resource Management Committee (VNRMC). The Village Executive Committee (VEC) and the entire community carried out the procedure and elected the members of the VNRMC on 28th of December, 2018.

Formation of the VNRMC: The VNRMC was formed on the  28th of December, 2018. The community members chose the President, the Secretary and the other executive members of the committee.

The opening of bank account was initiated after the village signed the EOI (Expression of Interest), VGA (Village Grant Agreement) and the Citizen’s Green Charter.  A training on book keeping was provided to them by Miss Balarihun Kharpuri, Programme Associate (Finance and Procurement) of East Khasi Hills, CLLMP, after the opening of bank account.

The Participatory Rural Appraisal exercise aims to incorporate the knowledge and opinion of the community in the planning and management of developmental projects and programmes. PRA exercise at Kyrphei was conducted on the 30th of December 2019. A total of 30 community members  took part in this exercise.

5. Training on the Development of the Community Resource Management Plan (CNRMP)

The DPMU East Khasi Hills District organized a  one-day training on  the development of  CNRMP plans for all the VNRMCs that were formed in  the district. During the training, a  copy of the environmental templates along with the boundary maps were also circulated to the members.

6. A Visit to Kyrphei Village by a Team from Arghyam

Along with members of the SPMU and other district team members, Arghyam, a Bangalore based organization with specialization in water security visited Kyrphei village on the 11th of July, 2019. An interactive session with the community members was held. The team also visited the completed intervention sites (Check Dam, Afforestation, Community Nursery, Spring Chamber) in the village.

World Bank Country Operations Manager(COM) for India, Mr. Hisham Abdo visited the village on the 20th of September 2019. The Block Development Officer of Mawphlang and her technical team were also in attendance. A cultural song and dance performance by the residents of Kyrphei was presented which was followed by a review of the work done by CLLMP in the village. He spent some time talking to the people and listening to some of the grievances faced by them. He then visited the sites of Langeitsim (Spring) and Wahjatper (Check dam).

Subsequently, a documentary was shot at Kyrphei village by the Knowledge Management personnel of East Khasi Hills, DPMU. Shooting of the documentary began in August 2019 and the video was completed and screened in the village on the 19th of September, 2019.